My first interest in photography started when I was young and I can remember watching my grandad photographing the birds that came to feed in his garden. Inspired, I started off with a basic 35MM point and press film camera and did not know anything about ISO, F-Stops etc.

My first ever photo was of a steam train and I can remember taking the photo to this day. I was sitting down along the grass bank whilst my father was up a tree (hoping to get a better photo). My father said “When I shout now press the shutter button”. Of course, with the noise of the train I never actually heard him shout and pressed the shutter button when I thought I should. The result was a very nice and perfect photo and I think mine was better than his. I had a printed version on my wall for a number of years.

When I first saw and handled a digital camera, I was introduced to the Kodak 2.0 Mega Pixel camera with a 32MB memory card (you would not fit many raw files on that size memory card now). I was very impressed with the quality of the images it took and that if I took a bad photo, I could see without having to get a film processed first!

Over the years, and as digital cameras increased in spec and mega pixels, I had a number of Kodak and bridge cameras before taking a break from still cameras.

I have a very keen interest in Ornithology and Lepidoptera and decided to step away from still cameras and took up taking video and using a camcorder for a few years. It was nice to see the subject I was trying to capture actually move.

After seeing digital SLR’s and that they could record video as well as taking photos I decided to look at purchasing my first DSLR. This was a whole new world to me with learning what lens I would need, how F-Stops & ISO worked and which brand to go for. After much research I purchased a Canon 550D and decided I needed to find someone to help me learn the camera.

I saw a local camera club holding their annual photographic exhibition and decided to enquire if they offered advise and guidance on cameras. After discussions I joined the camera club and since then have enjoyed belonging to it and improving my photography.  For a number of years I have been on the committee and currently I am the competitions secretary and vice chairman.

I changed my DSLR again in 2016 and remained with Canon, using the 7D MKII (sorry Nikon users)

Some of my butterfly photos were used for a butterfly field guide book by Michael Easterbrook. The book is called: Butterflies of Britain and Ireland: A Field and Site Guide 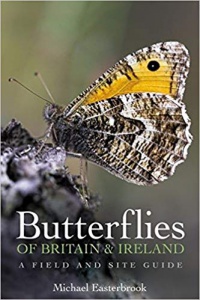 In June 2022, 76 of my butterfly photos were published in the Butterflies of Kent & South East London Book.  One even made the front cover! 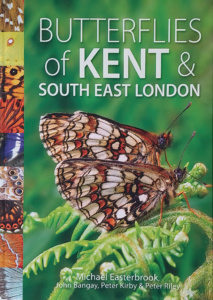 I enter mostly internal camera club competitions, but have entered the odd external competitions. I entered the KCPA Annual Exhibition and one of my photos was chosen to be displayed, which I am quite proud of. The image was of a Black-Tailed Skimmer Dragonfly (Orthetrum cancellatum)

In 2021, I entered another selection of wildlife photos into the KCPA Annual Exhibition and two of my images made it into the Exhibition (see the gallery on my website)  Following this, one of the images was chosen to represent the KCPA in the PAGB competition.  It scored 13 out of 15 and was accepted.

In April 2022, I won my local camera clubs Annual Set Subject Natural History PDI competition with:  Emperor Dragonfly (Anax imperator) Empty Exuvia Case.  The photo scored 20 out of 20 and I collected a trophy that I could keep for the year. 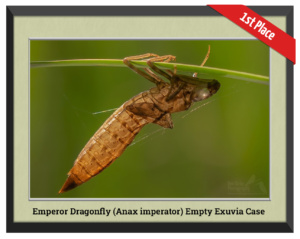 As of May 2022, I have changed DSLR camera again, and swapped over to a Sony A9 MKII.  The camera is great but the menus etc are totally different from the Canon system I have been used to.

I have also, for many years tried to take a photo of a Kingfisher. At a local nature reserve, I see one or two down at the lake area during the autumn months and finally managed to photograph one back in 2017. I was then told about another area to try and managed to get some decent photos (at last) in 2018.

I belong to and support a number of charities, including Vinters Valley, Butterfly Conservation, RSPB.

I hope you enjoy visiting my website and looking through some of the photos I manage to capture.